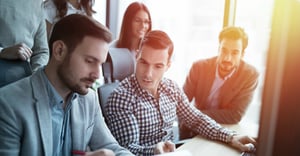 Choosing a software development lifecycle (SDLC) can be a tedious process and can be overwhelming if you are not experienced in differentiating the distinction between them. The one you choose for your project depends on numerous factors that are specific to your scenario and tailored to your needs.

Here, we will go over a few of the main SDLCs and which types of projects best suits each one:

There are many things to consider when choosing a software development lifecycle. But regardless of which one you think is best, it is often wise to involve stakeholders outside of the software development team when making this decision. The customer’s ability and willingness to participate, as well as the business development team’s insight on hidden costs can make or break the success of your project. So choose wisely, and with as much support and insight as you can.