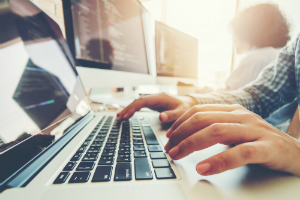 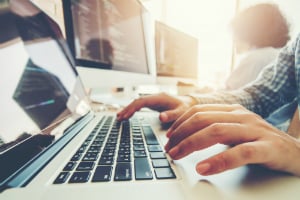 Fake developers can be found in several companies on the market. Whether you’re outsourcing your project to a software development company overseas or hiring someone in-house, you need to know how to identify who knows their stuff well and who does not. Although many candidates may seem knowledgeable, intelligent, outspoken, and competent, you can’t guarantee that they can deliver the work required.

Compared to real but inexperienced developers, the fake ones are generally not passionate about programming. Most even despise their work, so they hardly contribute to the whole process and produce low-quality results. They are in the development industry primarily for the money and nothing else.

Are you looking for custom software development services? One of the first things to remember is to avoid the impostor developers.

But how do you spot a faker if you’re not a developer or programmer yourself? While it helps to have a software engineer with you, there are other ways to vet a software development company.

The canned, phony expression of a candidate’s passion for programming does not matter—what’s more important is they have the evidence to support what they are talking about.

Most of the time, once you begin probing, a candidate who genuinely cares about software development will naturally dive deep into their struggles and how they overcame them. Fakes, on the other hand, will simply brush off your questions with generic replies.

Those who know what they are capable of will confidently emphasize their skillset without feeling the need to dial their charm up. Take note that not all well-spoken professionals are frauds—it’s just that you need to verify their background first to check if it matches their rhetoric.

3. Failing to Use a Standard Library or Common Third-Party Libraries

Check the developer’s past projects and see if they have created their own versions of common third-party libraries such as strnlen or strncmp. It is expected that they have already spent a lot of time applying functions implemented in the C library.

Knowing how to code is one thing, but having the required aptitude to be a software engineer is a different story. A professional programmer typically aims to find a quick and simple solution to all kinds of problems. This means if someone is doing it the hard way, they are not likely the right candidate.

No matter how clean your developer’s code is, it has no value at all unless it can perform a specific task. An excellent way to spot a fake programmer is to have them look up a textbook concept related to the latest coding trends and translate it into an idea of how it works in the real world.

You can also make them explain how these features can help in the improvement of a current system or framework. If they’re struggling to do it, then they probably never understood what the latest buzzwords truly meant.

5. Unable to do What’s on their Resume

Does your candidate have a bunch of technologies listed on their resume? Then you should dig deeper and ask questions that reveal more information about those technologies. Find out what the developer used in creating them, and what would they change if they had the chance to use the same technologies.

If you’ve already heard their answers, the next thing to do is to ask for a list of major differences between two languages or frameworks they’ve used. You can take it up a notch and ask the developer to design something for you.

Although the vetting process includes testing, the key to finding a fake developer is avoiding questions that can be answered easily. One effective way to separate fakes from the real ones is to have prospective candidates create workable programs by conducting simple coding tasks.

If you’re not sure which questions to ask, lots of useful resources are available online. You can get help from industry experts themselves through forums like Quora and Reddit. Additionally, you can seek help from a colleague with programming know-how to go over the test results once done.

7. Does Not Think Out of the Box

Creativity is a common trait that great developers have. Unfortunately, fakes are the opposite as they do not think out of the box, unoriginal or regressive. They also don’t know when to apply answers to technical issues and make progress without completely reinventing the wheel.

Real developers believe it’s more important to make decisions that are based on the data present instead of their own preferences. It’s easy to be deceived by your own judgment, so legitimate developers stick to the data rather than focusing on their feelings before making a decision. A fake software development company does not think that way. Instead of prioritizing what’s important, they figure the work out as they go and do not adhere to a proper plan.

Many impostor developers are only in the industry for the money and nothing else. As a result, they are after earning, so they tend to overcharge customers. In the long run, you can notice that the low quality of work can have a huge impact on your company. They can also take the reputation of your organization down.

If you ever find out that you’re working with a dummy software developer, you have to face the reality that you’ve lost valuable time and money, and you can’t recover it anymore. The thing is, it’s never too late to make the right decision and find a competent, legitimate one to make up for the lapses.

Remember: there are all types of pretenders out there. Some have even gotten very clever at carrying a conversation with experienced pros and memorizing the industry jargon to appear legitimate. By taking note of the above signs, you reduce the chances of being scammed and losing precious resources to frauds.